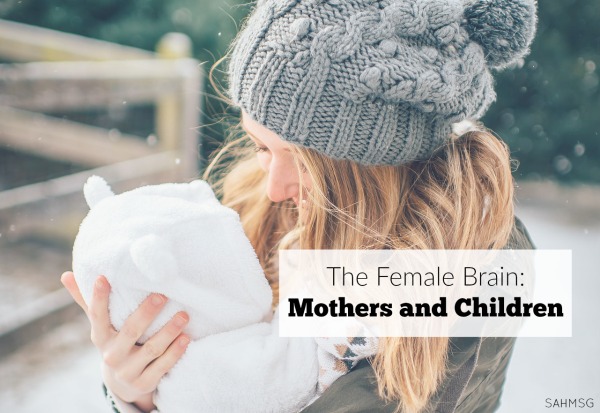 I remember a friend posting on his Facebook status that he wished there was a book that would help him understand women. I commented that even being a woman did not mean that I understood many! We are a unique breed of person.

Our bodies are not constant or steady; we live with a roller coaster ride of hormones and therefore thoughts, feelings, emotions, etc. coursing through our bodies every month-every week, really. From the time we are three months old, hormones begin flooding and retreating in a constant cycle.

Louann Brizendine, M.D., wrote a book entitled, The Female Brain. It was a reference in Tracey Bianchi’s book, Mom Connection, which I reviewed for MOPS International, and it sparked my curiosity.
Raising a girl, and trying to maintain relationships with women, despite all of our similarities with each other, are difficult challenges due to the extreme fluctuations going on inside ourselves every day.
It is no wonder female relationships are so bumpy at times. Each of us are on a different day of our cycle while trying to be on our best behavior and play nice when we just do not feel like it.
Dr. Brizendine’s book has affirmed my belief that the female is not the ‘weaker sex’, but we are UNIQUE.
Women are different than men in the sense that we really are wired to work best in a ‘seasons of life’ mentality. We are literally set up to live through different hormonal seasons that occur at DIFFERENT times and not all at once.
The stages listed in this book are: Fetal, Girlhood, Puberty, Adulthood, Pregnancy, Breast Feeding, Child-Rearing, Perimenopause, Menopause, and Postmenopause (pp. 21-24):
Ten hormone stages and their respective fluctuations, in addition to the ‘monthly cycle’, that we all know and love-yeah, right!
Many shudder at the thought of pointing out the differences between men and women. As the author states in this book,

“[…] if in the name of free will-and political correctness-we try to deny the influence of biology on the brain, we begin fighting with our own nature” (p. 36).

We women are wired to experience major hormonal changes starting when we are in the uterus until we reach the postmenopausal stage. If we really learn what our bodies are trying to tell us based on the stages that we live through, I think we could set ourselves up for a lot less stress and personal conflict within our hearts and minds, and in our relationships with other women.
While a baby is developing in his/her mother’s belly, its brain does not look ‘male’ or female’ until it is eight weeks old.
At this point in its development a ‘boy’ brain takes in a “huge testosterone surge” that guides the brain to develop male characteristics. Testosterone kills off some brain cells in the communication areas and instigates the growth of cells in the centers for sex and aggression (47).
The ‘girl’ brain is left free of this surge of the male hormone, so it develops more detailed centers for observation, communication, feelings, and even caring for others (p. 57). Watch how your girls play. You will see these traits.
After birth, infants are generally cared for in a ‘unisex’ manner. We cuddle and coo with both boys and girls.
Around the age of 1 year (“infantile puberty”), girls experience a flood of estrogen that increases their emotional circuits in the brain and also gears them towards a focus of play with other girls (the beginning of the ‘social circle’ developing) (p. 21).
I saw this with my daughters who were very clingy, wanted me nearly all of the time, and needed face-to-face, close communication from infancy.
I know why-her hormones were surging. Makes the frustration of having a toddler attached to my hip a bit more bearable since I understand why it was happening.
Dr. Brizendine explains that all babies were once thought to be wired to gaze at faces, but based on research, this theory was female-biased (p. 48).
Having two boys and two girls, I know that there are major differences in how they each interact and play.
In The Female Brain, Brizendine says

“little girls will go after the face until they get a response” (p. 50).

I actually experienced this with my daughter:
Around the age of 5 months, my daughter wanted to be held a lot! In fact I would often grab my smart phone while nursing just to pass the minutes with a little ‘me time’. Most of my day was spent doing chores with one arm since she was in the other one.
At one point I guess I had been looking at my phone a little too long, because my daughter actually put her hand up to my cheek and pulled my face to look at her.
It was a wake-up call for me!
Women and girls strongly desire connection with others. Considering the work that is required when raising a family and being an attentive wife, it is no wonder that we are wired for connection with each other…for support!
The “boy brain” does not guide a male to seek out social connections the same way that the “girl brain” does.
We see this with the statistics on autism spectrum disorders. Boys are 4 to 5 times more likely to be diagnosed.
If we have a female-centric view of socialization that face-to-face contact, verbal communication, and emotional connection are what comprise ‘social’ behavior, then we are being taught one definition of“socialization” and forcing both boys and girls to act the same way in order to be deemed ‘normal’.
Our hormones direct us otherwise (p. 65). In the day care centers where I worked, boys were asked to calm down if they were playing too aggressively by wrestling or chasing each other.
Those of us with boys know that often, this is how boys play. They are not trying to hurt each other, but trying to connect with each other through testosterone-driven ‘play’.
Another great point shared by this book is how

“female offspring are highly affected by how calm and nurturing their mothers are” (p. 59).

We know that taking on too many tasks, projects, or responsibilities leads to stress.  Stress leads us to not be at our prime when it comes to caring for others.
We are not only guided by our biology, but also by our interactions with other people in our day-to-day environments.

“A parent’s or caregiver’s tone of voice, touch, and words help organize an infant’s brain and influence a child’s version of reality” (p. 75).

This has a very strong implication for any person we trust with our children.
In day care or other care environments where the ratio of children is not natural. (Most families do not have 4-5 infants to care for at one time!)
There is limited touch and face-to-face interaction when a caregiver must put down one infant in order to tend to another, or three others, as was my experience since they all cry at once! Most of the touch moments are occurring during feedings. (Most daycares require caregivers to hold an infant while feeding him/her a bottle).
There is another interesting connection to look into: when children gain their needed human-to-human time during a feeding, food is associated with comfort. This could motivate a child as they grow to revisit that comforting feeling by eating to feel secure.
When self-esteem is linked to eating, we have a major problem!
A question to consider:  Are girls (and boys) getting what they need from their mothers if the mothers are stressed and have limited time to offer touch and face-to-face interaction?

Working parents have such a challenge because they have two full-time jobs. They work at one job that pays them, and they have the job of raising their childre) on their minds at all times as well.

They work hard all day, and then get home to their children. It adds even more stress to have to wonder if the time they spend with their children is quality, enough quantity, or calm and nurturing rather than frazzled and disconnected. Every choice we make as a mother in regards to what environment we set up for our children to live in has an effect on their growth and development.

Clearly, girls need their mothers in a very focused way. I would say boys do as well.

Women are chemically wired to NEED to be near their children when their hormone levels fluctuate after giving birth. This is the case up until menopause.

This is part 1 of the posts on the book The Female Brain.
Part 2 will focus on the teen years and what that means for girls and their interactions with their mothers!
Part 3 will focus on the final hormonally charged stages for us women when our brains really are focused on us (tons of me time) and our hormones guide us to focus on ourselves while being less stressed and more focused. (Sounds like the perfect time to explore life after children!)
The bottom line for each of these posts is that science supports the idea that we women live through seasons of life with strengths in each one.
Do you think biology can back up the seasons of life mentality for women? 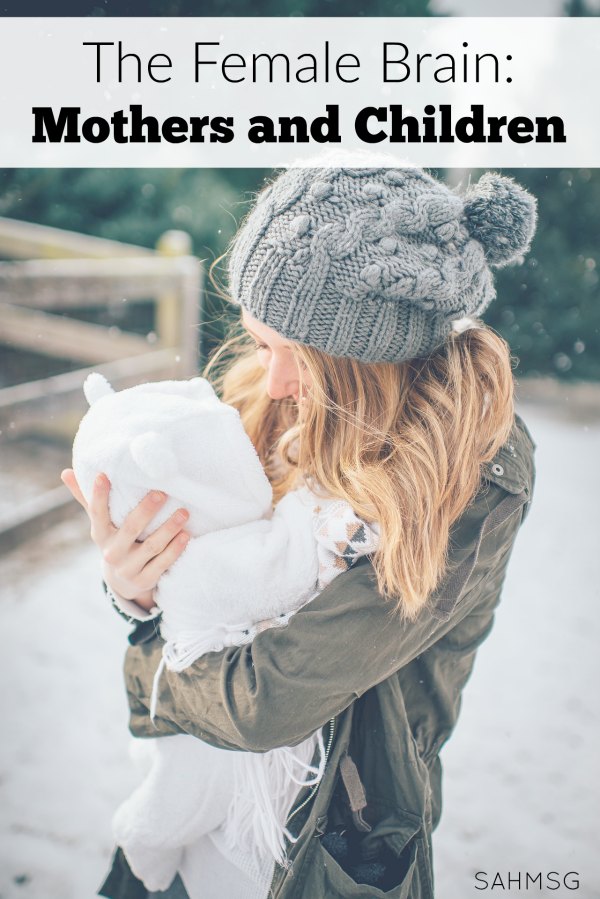 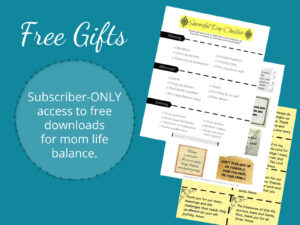 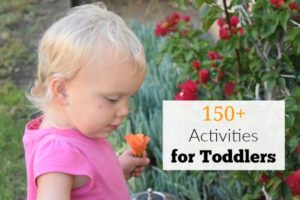 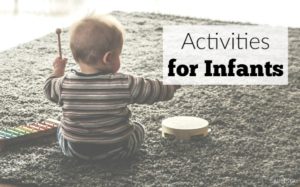