Ready to have the ENERGY to be the best mom you can be? Get started! Thanks for stopping by!

Welcome back! Did you already get started here?

A toddler’s questions are relatively easy to answer since as parents we are armed with the basic knowledge to satisfy our little one’s curiosity.

Even when these inquiries turn to the scientific, “Why is the sky blue?” or the philosophical, “Why do you like being a girl, Mommy?” we can deflect our inability to answer with a completely toddler-accepted response. Such as, “Because the color green was taken.” And “I like being a girl because I get to wear make up and dresses.”

For years, I have readily and confidently answered a barrage of questions with the aplomb of a mother who hasn’t had to answer the tough questions—the ones that produce a flop sweat and a sickening feeling in your stomach.

Having two little boys, most of my intellectual resources have been spent explaining the differences in construction vehicles and why dirt and water make mud.

For several years, I’ve resided comfortably in the safe toddler territory of easy-to-answer inquiries. I’ve mentally luxuriated in the bliss of not having to broach a subject more controversial than which ninja turtle could take down another.

Spending years on this perfect island of innocence, I refused to entertain the idea that ships carrying new ideas, experiences and difficult questions would breech upon the shores of my boys’ childhood until they did.

One night, my eight-year-old—the one who loves cartoons and still allows the word “Mommy” to slip past his lips—nonchalantly and knowingly proclaimed, “I know what sex is.”

Trying not to sound shocked, I casually asked, “Really? What is it?”Pride tinged with embarrassment reddened his small cheeks as he gave a description that lacked enough accuracy that I knew I couldn’t let it go.

Always wanting to have the right answer, my son eagerly asked, “Is that right?” Feigning the composure I quickly lost during his explanation, I said, “Well, somewhat. Where did you hear that?” Fidgeting with his foot and keeping his eyes downcast, he answered, “My friends.”

Internally, I cursed the school system, other parents, and the inevitable passage of time. To him, I said, “It’s late. We’ll talk about it tomorrow.” I tucked him into bed and kissed his forehead.

Closing his door, I sighed knowing that force had silently crept in, threatening to steal my child’s innocence.

There was no place to rest the blame because this “force” was knowledge and every little human’s desire to acquire it. The same attainment of knowledge that I gleefully supported when my children recited the ABC’s or counted to thirty.

Accepting this, I turned on my computer and entered, “Explaining sex to an eight-year-old” into Google search.

After several articles read and in-depth conversation with my husband, we sat down with my son and explained it—all.

My son listened and asked a few follow-up questions, which produced more sweat and some stammered responses but we answered all of his questions—thoroughly and honestly.

A few days later, I retold this story to some friends.

They smiled sympathetically. One said that she would have simply told her child that he was too young to have that discussion. I nodded and thanked her for her opinion. Inside my head, I screamed, “What have I done?” I wondered why this possibility never entered my mind.

Panicked that I had told my son too much, too soon, I was comforted by my husband’s assurance that we were right to answer our son’s questions openly and honestly. Although difficult, it was best that he had accurate information given by the two people who love him the most.

I try to remember this as I navigate the deep, choppy waters of difficult questions.

In recent months, I have waded far from the shallow end as I have tried to answer my son’s profound, raw and tough questions about slavery, Nazi Germany and what happens to stolen children. I always try to answer age-appropriately and candidly.

However, every time that I see his little eyes widen and his brows furrow in disbelief, I can’t help but wonder, “Am I stealing my child’s innocence?”

Resources for Talking to Your Children About Sex:

Innocence May Not Be All Lost

The STD Epidemic in Teens

Talking to Kids About Sex and Puberty

How to Talk to Kids about Sex: Age-by-Age Guide

How old was your child when he/she started asking you challenging questions? Are there topics you won’t discuss until a certain age? 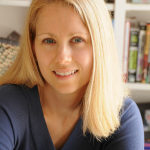 Sherry Parnell is a mother, writer and a runner just not always in that order. She lives in the country with two rambunctious little boys, one very supportive husband, and one sleepy Chihuahua. In addition to being a nose wiper, lunch packer and wrestling referee, Sherry is also the author of the book, Let The Willows Weep. She is currently completing her second novel due to be released next year if she can survive another winter of colds, complaints and disrupted sleep. You can find more posts about her experiences as a mother and a writer on her personal blog at www.sherryparnell.com. Connect with Sherry on Twitter, Linkedin, and Facebook.

More by Sherry: Where is My Mom Tribe? 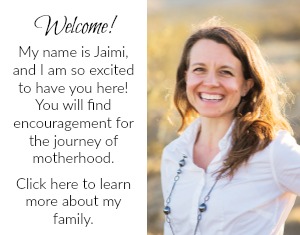 So this was ironic. I was so determined to go to t

How many of you have walked a storm that made you

We all know - or will learn eventually - that bala

Do you have a child that resists learning but is s

What kids activities and events are open in your a

Their laughter while playing games together feels

Do you get one on one time with your kids? It is a

Do you think the world is falling apart or at just

Oh my goodness this boy. He volunteered to pick up

I was watching the Today show while eating breakfa

Do you seek out intensity or run from it? Three

It may look like mess but it is also called siblin